What Is Ovulation Testing? 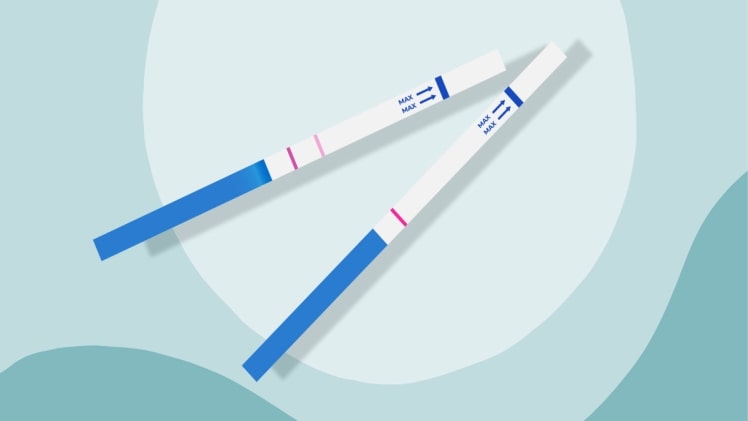 Ovulation testing involves urine and blood examinations conducted to determine if one is ovulating. The urine and blood samples have hormones whose levels indicate when ovulation will start. Fertility specialists recommend ovulation testing for women who have difficulties getting pregnant. By trying to conceive during the onset of ovulation, one significantly increases their chances of becoming pregnant.

Ovulation happens about 14 days before your next menstrual period starts. A mature egg (ovum) is released from the ovary and travels down the fallopian tube into the uterus. Fertilization occurs as the ovum travels to the uterus, after which a zygote starts developing.

There are various ovulation test options, including the following.

The endocrine system is responsible for all hormonal control within the menstrual cycle. Such controls often involve the ovaries, pituitary gland, and hypothalamus.

Ovaries release the luteinizing hormone (LH) when the endocrine system is properly functioning. A surge in the LH levels stimulates the ovarian development follicle to rupture. Mature oocytes move into the female’s abdominal cavity, ready for fertilization.

LH tests detect the surge in hormone levels within the urine. A rise in LH levels occurs before ovulation, marking the suitable times to try and conceive.

Positive LH test results indicate a hormone surge, marking the onset of the fertile window – ovulation will start in 24 to 48 hours.

Most LH tests are marketed for home use, but not all results are accurate. Some results might be false positives or negatives depending on the application and the patient’s health.

False positives are common for patients with perimenopause, PCOS, and pituitary disorders. Fertility drug use or any other medication can affect the integrity of LH test results, often rendering them inaccurate. Consult with a fertility specialist for accurate results.

Endometrial biopsy helps determine any progesterone stimulation to the endometrium. The body releases progesterone immediately after ovulation and starts to offer support to the uterine wall lining.

The biopsy process involves scraping sample tissue from the uterine wall lining. Experts use this technique to diagnose infertility issues, but it also works for determining if ovulation has started.

Medical technology allows fertility experts to predict the onset of ovulation through imaging. A transvaginal ultrasound uses sound waves to measure follicular growth and display the results on a monitor.

The ultrasound procedure is painless and done in either of two ways: specialists insert a probe into the vagina or place it on the abdomen.

Transvaginal ultrasound detects ovulation by checking the condition of the follicle. Before ovulation, you have a thin-walled follicle with fluid. The follicle develops in size to accommodate the egg inside as it grows. Once the mature egg is the right size, the follicle will rupture to release it into the fallopian tube.

Ultrasounds help time the onset of ovulation. Specialists will recommend intercourse or insemination when the follicles are about to rupture. Constant monitoring of the follicles improves the accuracy when predicting ovulation, increasing the chances of pregnancy.

Elevated progesterone in the patient’s blood often indicates a possibility that ovulation will soon commence. LH surges happen before ovulation and effectively predict the maturity and release of oocytes from developing follicles. Growing follicles also secrete estrogen, and the levels rise rapidly right before ovulation.

Blood tests are comparatively accurate compared to most test types. Fertility specialists use this method alongside others to confirm findings.

BBT charts help track ovulation by recording fluctuations in body temperature. Basal body temperature (BBT) refers to the baseline body warmth whose readings are taken immediately after one wakes up.

BBT charts are a natural and inexpensive way to identify the fertile window. This method is easy but requires dedication. The precision on BBT charts can be off in individuals after an illness or drinking alcohol.

An increase in body temperature recordings on the BBT chart indicates the onset of ovulation and increased chances of conception. BBT charts are a natural and inexpensive way to identify the fertile window. This method is easy but requires dedication. The precision on BBT charts can be off in individuals after an illness or drinking alcohol.

The different ovulation testing methods each have a unique way of determining when the chances for conceiving are high. During the fertile window, a mature oocyte is released into the uterus, where it can get fertilized. Fertility specialists recommend the best ovulation testing methods for precise predictions. Consult with the experts to maximize chances for conception.

How To Fight Burnout In College

How to choose the best hospital cleaning service provider?