What Is Making Medication Costs Rise? 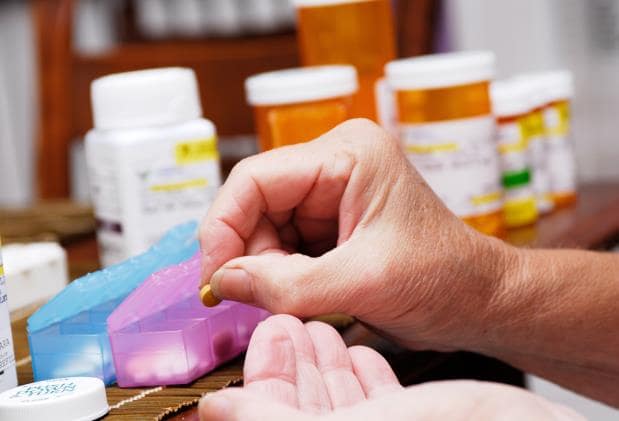 Many individuals suffer from ailments that cannot simply be cured or eased homeopathically (in fact, homeopathy doesn’t do much in general).

Those individuals who are in need of certain prescription drugs use them to improve their health as a patient, and when prices hike, those medicines become unattainable for too many of them.

This may seem like a personal issue to them, but it creates societal pressure as well. When such individuals cannot gain access to their needed medication, their lives are impacted, especially with pain and anxiety about going back to work since they could easily fall ill immediately.

When individuals fall out of the workforce, society feels its toll too.

To crackdown on the problem, pharmaceutical work is one of the best paid medical jobs, especially when owning the company itself. People are blaming these pharma companies for the rising prices, but others argue they aren’t the only ones behind the inflation.

Here we will try to crack down on what is currently happening and what drugs are drastically affected by these extreme prices.

All individuals need some type of pharmaceuticals, some more than others, which is why many say that the way this industry works is unjust, unsustainable, and unfair to many.

This has been backed up by the fact that millions of American citizens have lost their access to these life-saving drugs due to the new prices set on said medications.

A Kaiser Foundation survey done in October of 2021 found that about one-third of Americans cannot obtain their needed pharmaceuticals due to worries over their prices. Yikes.

The idea that only drugmakers earn these huge profits is neither wrong nor right because they aren’t the only ones earning big bucks thanks to these new high prices.

There are intermediaries that are also grabbing some profits, including wholesalers, pharmacies, health insurers, and others as such, all of whom have had an impact on the rising drug prices in a negative sense.

A major pharmaceutical that impacts 30 million Americans is insulin, since that is exactly around how many individuals in the United States suffer from diabetes.

These extreme prices, which we will get into in a bit, have driven patients with diabetes to skip doses or even cease the use of their insulin due to not being able to financially afford this life-saving drug.

All these increasing prices amount to an estimated annual $12,446 spent on insulin per user by 2024, which is more than the majority can afford.

What these pharma companies have done to generate the illusion of helping is by creating patient-assistance programs that in reality are simply investments that will generate them profit the same.

These programs are simply put in place to make these manufacturers and companies look better in the public eye.

This program works in a way where a customer’s personal costs are counterbalanced by the manufacturer, meaning they don’t pay anything personally. This may sound dandy, except the insurance company will pay for the portion of the cost, still generating high returns for the manufacturers.

Another issue regarding insulin prices is the oligopolistic nature of this issue. Currently, either one of either three manufacturers distributes ninety-nine percent of America’s insulin, not helping this case on high pricing.

Other medications that are also rising in price include breast cancer drugs, HIV drugs, a certain pneumonia vaccine, heart drugs, opioid drugs, and cystic fibrosis medication among others.

All the ailments these medications resolve or ease are quite painful and can be deadly, so the situation regarding the patients that need these is quite tragic. What could the solution be though?

A number of states have started putting a price cap on these pharmaceuticals, but the biggest solution is biosimilar medicines.

If the government were to increase patients’ access to FDA-approved medications that are biosimilar to these big-name ones, it would mean generic medications could be used to save lives and personal finances alike.

The term biosimilar is meant to describe smaller medication brands that have the same or similar contents to the expensive ones, just without the big name and fit to fly tests.

Entering the market and getting FDA approval for these companies has proven difficult, with them approving a mere nine of these biosimilars, with only three of these being accessible.

If biosimilars were implemented into American healthcare more, the government wouldn’t have to spend as much money with these manufacturers annually, and it is estimated they would save a whopping $54 billion US in the span of ten years.

It is in everyone’s interest to solve this economical and ethical issue, so it is time for changes.