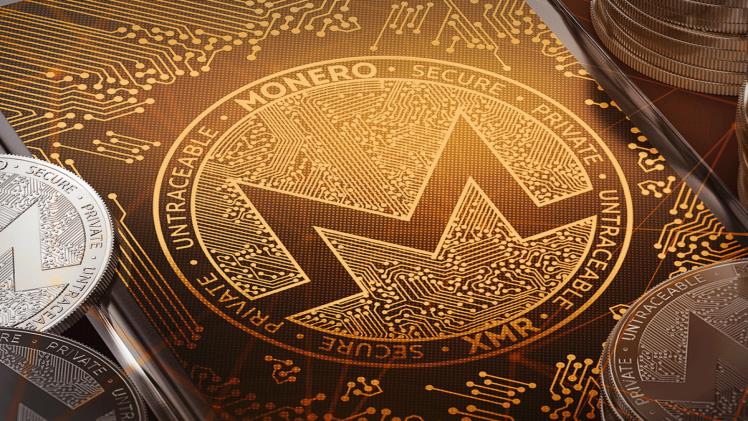 Today we will talk about Monero virtual asset (XMR). It is a very secure and anonymous alternative to the Bitcoin. At first glance, it seems that these characteristics are quite suitable for digital tokens, but in Monero blockchain ecosystem is a completely different type of cryptography is used to ensure the anonymity of payments.

Why was it necessary? Not everyone was happy with the transparency of the network of the first Bitcoin cryptocurrency, and this prompted developers to create truly anonymous digital coins.

Monero is a cryptocurrency and decentralized blockchain ecosystem powered by the RandomX protocol. The Monero cryptocurrency uses a one-time ring signature algorithm to perform anonymous transactions. The developers took the name of the digital currency Monero from the international language Esperanto. Its official ticker is XMR. Monero is a fork of the Bytecoin blockchain project. Since at the time of its launch, 80% of Bytecoin had already been distributed, the team launched the XMR coin reissue.

The Monero blockchain is protected by the Proof-of-Work consensus algorithm. The XMR cryptosystem uses technological innovations:

Such a set of options ensures maximum decentralization of the Monero cryptocurrency, making devices for industrial mining inefficient. However, some of the forks of Monero such as Karbo, Dero and Discoin have long been under the control of Asics.

Monero is widely used in sports betting sites around the world due to its anonymity and transactions speed. Online casino players also appreciate this digital coin for depositing and withdrawals on gambling sites.

You can buy, sell or trade XMR on most exchanges, such as: Binance, Huobi, ByBit, EXMO, Kraken, Poloniex and others.

If XMR cryptocurrency is so anonymous, how can you verify its transactions? It’s just that the program will not be able to create a one-time key if you specify an amount greater than what you have on your balance. The key is checked by the nodes for uniqueness, and if no matches are found, the transaction will be executed.

Talking about the Monero cryptocurrency, it should be mentioned that this is the favorite coin of hackers. A hidden miner, which can be easily picked up and very difficult to withdraw, mines XMR. The developers even created the Monero Malware working group, whose website has detailed instructions and special software for removing various types of malware. Such is the side effect of the anonymity of the cryptosystem. The developers of Monero are often accused of being popular with black market traders. In general, this is a fairly balanced digital asset for anonymous payments with a minimum. You can mine XMR coin while working on a personal computer.