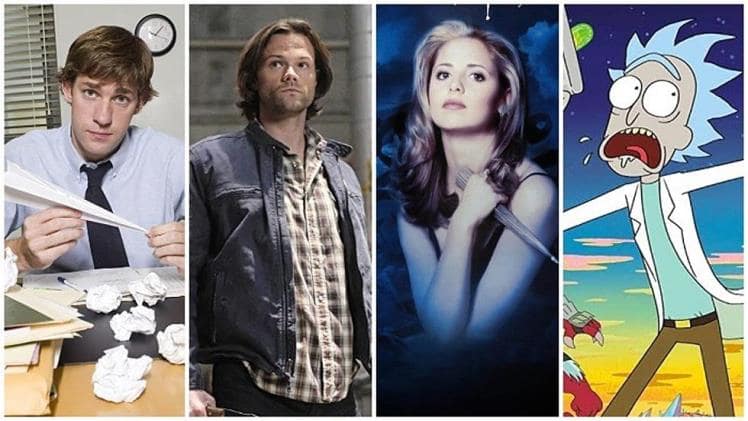 Are you looking for a tv show to binge-watch over the next few weeks? Please sit back and relax because we’ve got the perfect binge-worthy TV shows for you to kick back, watch and relax. Sometimes hours can go by searching for that next ideal TV show to watch but you just can’t quite decide on one yourself. Due to the number of streaming platforms such as Netflix, Amazon Prime and Disney+, we are often spoiled for choice and become very indecisive because of this choice, scrolling through each streaming platform for what seems endless. So, if you’re stuck with this and want to know some of our personal favourite choices for TV shows, keep reading on and we’ll give you a helping hand and save you wasting your time searching. It should also be noted that the best way to watch all of these TV shows is without a doubt on a large screen TV, mounted to your wall for that extra comfort when looking at the TV. For professional wall mounting services, click here!

This is a very popular one just now and rightly so, Stranger Things, first premiering on Netflix, on July 15th 2016, it’s an American science fiction with an added element of horror added into it. The show is created by the Duffer Brothers and is currently on its 4th season. Set in the 1980s, primarily in the fictional town of Hawkins, Indiana, the series centres around a number of supernatural occurrences around the town, leading to an alternate universe named ‘the upside down’. The link between the upside down is made with the character, Eleven, who escapes a government experimentation centre where later on you discover her powers. Stumbling back into Hawkins, Eleven meets the other main characters as Will, Mike, Dustin and Lucas bring her in as a friend of their own. Series one also centres around the disappearance of Will and his distressed family trying to find him after he’s dragged down to the upside down! This show has a lot of run-time and evolves a lot over the next few seasons from season one. This show has attracted record viewership on Netflix and has received critical acclaims for its atmosphere, acting, soundtrack, writing and homage to the 1980s, making it one the best binge-worthy TV shows.

This is a British TV show, available to stream on Netflix, Black Mirror is created by Charlie Brooker and has five seasons out to date. Each episode has a different story surrounding it, with a diversity of crazy genres and storylines, most episodes, however, are set in a near-future dystopian surrounding advanced science technologies not seen before, such as a microchip in your brain which allows you to replay and see any memory from your life. The types of technology shown are fictional speculative technology, based on the Twilight Zone, the show uses technology to comment on contemporary social issues. Most episodes are written by Brooker, with heavy involvement by executive producer, Annabel Jones. In addition to the interactive movie Black Mirror: Bandersnatch, there are 22 episodes spread across five seasons and one special (2018). The first two seasons as well as the 2014 holiday special “White Christmas” were shown on the British network Channel 4 in 2011 and 2013. After then, the show was moved to Netflix, where three further seasons debuted in 2016, 2017, and 2019. Black Mirror is quite a deep show, but the concepts are out of this world and therefore it makes the list of binge-worthy TV shows.

This is an American fantasy drama created by David Benioff and D. B. Weiss for HBO. Premiering on April 17th 2011 and concluded on May 19th 2021, Game of Thrones has eight seasons and is one of the most popular TV shows ever made. Game of Thrones boasts a big ensemble cast and covers several plot arcs during the course of the programme. It is set on the mythical continents of Westeros and Essos. The Seven Kingdoms of Westeros’ Iron Crown is the subject of the first major plot arc, which is centred on a complex web of political disputes between the noble families that are either competing for the throne or battling for independence from the current monarch. The last member of the realm’s overthrown royal dynasty, who has been banished to Essos and is preparing to return and regain the throne, is the subject of the second. The third focuses on the Night’s Watch, a military organisation that guards Westeros against dangers coming from outside its northern border. Game of Thrones is only available to watch on Sky TV, making it a bit annoying to find for some people but it definitely makes our list of binge-worthy TV shows.