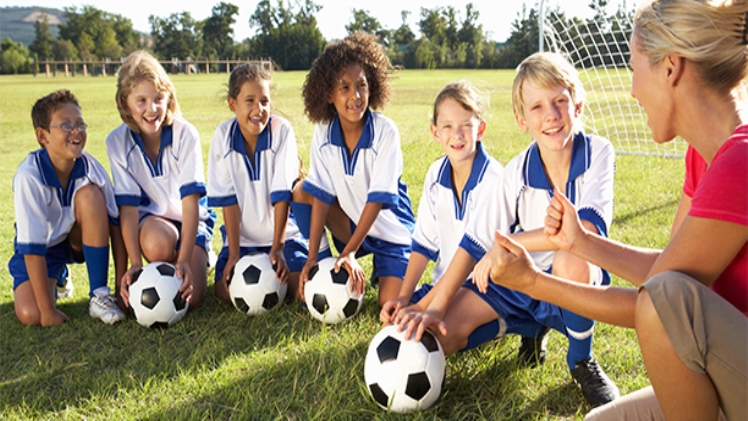 Soccer, or association football, is on the number one spot on the top ten popular sports list globally, with around 3.5 billion fans. The ranking was based on 15 criteria for objectiveness. These 15 criteria are global fan base and audience, viewership on TV, TV right deals, popularity on the internet, social media presence, number of world professional leagues, the average salary of top league athletes, sponsorship deals, number of countries where soccer is popular (200 countries), biggest competition, relevancy, gender equality, general public access, number of amateur players worldwide, and the sports’ prominence in print and electronic media headlines.

With criteria as stringent as that, and end up number one, it is a feat! It’s no wonder personalised soccer gifts abound on the internet. With such a huge fan base, you can run out of ink and air to pump into those soccer balls!

With all that admiration and fun fare, what do kids learn from the sports? They acquire great and essential skills. Here is a shortlist:

A soccer team is composed of 11 people playing specific functions for the team. A person cannot do more than one function. You might have many skills, but you are called in to function as a defender, a midfielder, a forward, or goalkeeper. Do your role, do it well and trust your teammates to their roles as well as you do too. As Michael Jordan says, “talent wins games, teamwork wins championships”. And surprise your team with  personalised soccer gifts when they win or comfort them with one when they don’t.

Kids learn how to control emotions during the play. They must know how to control their passion, not to be vengeful over rough tackles, but think objectively amidst intense games. It is said you can tell the size of the man with the size of the thing that makes him mad. Demonstrating anger can never rectify a mistake.

Kids need to learn how to make decisions on their own as early as possible. Soccer teaches them to make off the cuff decisions in the field, and this builds confidence. It is encouraging for kids to make these critical decisions and be acknowledged for it. They must also be taught humility because they bring victory or loss as they make these decisions. They must learn how to accept both in a humble spirit.

A soccer player must have complete attention and concentration on the game. There is no room for distraction from the fans or even the weather. This skill is important in any field and so to get this training from playing soccer, it will be a valuable skill outside the pitch. When you find yourself distracted, immediately stop the thought, and shift your focus on the job at hand.

Kids are given positions or roles in the game. They are taught to stay in their position at all times, to do their role and function as best as they can. In their excitement, they may leave their positions many times in many games, and they will see the results of their “negligence.” They will be taught, again and again, not to leave their post. As they gain experience, they will see the importance of their function in the team, especially when they see how their play will break down when players are not in their position. Hopefully, they will learn the lesson quickly.

Soccer is a game that transcends social class. It is played by multimillion-dollar paid athletes in equally expensive pitches, but young boys also play it in the dusty grounds of the poorest country. It is because these boys adore soccer players, especially those that come from their own. It gives them hope and joy.