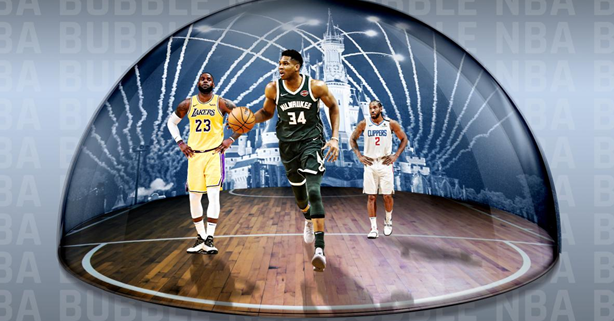 Roughly two years after she entered the “NBA bubble” at the beginning of the COVID-19 pandemic, Rachel Nichols looks back at this extraordinary moment in sports and world history. With roughly a quarter century of media experience under her belt at the time, she was in a unique position to both facilitate and comment upon a truly unique NBA season.

Rachel Nichols has been covering major national and international sports events since the early days of her career with the Washington Post. After roughly a decade with this leading daily newspaper, she joined the broadcasting team at ESPN, where she garnered two Emmy Awards. In addition to her regular appearances on popular ESPN programs such as SportsCenter and NFL Countdown, Ms. Nichols worked as a sideline reporter during the network’s Monday Night Football game broadcasts.

Rachel Nichols would serve nine years with ESPN before moving to the Turner Broadcasting System and various broadcasting opportunities with Turner Sports and CNN. Her accomplishments at CNN include creating and hosting her first television show Unguarded with Rachel Nichols, which aired weekly on both CNN and CNN International. It had a global viewership of more than a billion people.

Rachel Nichols’ work with Turner Sports included covering NBA and Final Four games as well as baseball and golf. Her NBA reporting extended beyond the regular season to include both the tournament playoffs and the All-Star Game.

It was while serving Saturday Night NBA as a sideline reporter that Rachel Nichols became a fixture of the NBA’s tumultuous “Bubble” season. Even recalling the overwhelming trials and tribulations of this highly unique season, the Rachel Nichols of today considers it a tremendous success.

Tasked with making a quick decision under emergency circumstances in the spring of 2020, the NBA decided to stage the rest of the season, including its playoffs and championship game, in a single location. After four months of planning and implementation, 22 NBA teams arrived in Orlando, Florida, and entered what would become world famous as “the Bubble.”

One of the NBAs strategic decisions was to allow ongoing reporting by ESPN’s Wide World of Sports. Although the entire purpose of the Bubble was to keep a small number of people away from the treat of COVID-19 infection, the NBA knew that it had to remain connected to fans.

This was how Rachel Nichols came to secure front row seats to all the drama of the Bubble, both on court and off. One of the first difficulties that she had to overcome was the NBA’s strict rules regarding outside visitors. “Being away from my family was obviously the hardest part,” remarked Ms. Nichols. “I mean, you can’t just go back and forth, but once you spend seven days in quarantine, once you get clear of that, you do feel really safe and protected.”

The Bubble ultimately proved to be an incredible experience for Rachel Nichols. Her show, The Jump, was also the only daily NBA show to broadcast from within the bubble, and she personally presented the Los Angeles Lakers with their championship trophy at the end of the final postseason game.

To deliver quality coverage for ESPN, Rachel Nichols and the rest of the extremely small Jump team had to function at an extremely high level day after day, often performing tasks that were outside of their specific areas of expertise. As Ms. Nichols puts it, “We had a couple of producers in the bubble at a time…I can’t even speak to the acrobatics they had to do for us to put on a television show.”

Issues that used to be simple were suddenly incredibly difficult due to the limitations of quarantine and social distancing requirements. Take, as just one example, the post-game interview. “You have a conversation with a guy after a game, you want to talk to him,” explains Rachel Nichols. “So, can you do that from eight feet away? Can you shoot the breeze? You’re trying to stay within the rules, but also do our job. It was crazy.”

In the end, Rachel Nichols and her team played an integral role in the immense success of the Bubble. Not only did the entire NBA organization overcome a whole host of complex and often unexpected obstacles, but it proved a productive time of growth for the NBA. Ms. Nichols, for one, praises the Bubble for placing an organizational focus on “voting and laws about policing,” which created a “triumphant moment for the league and its players.”