Samiul Mintu: The Story of a Famous Folk Singer and Musician 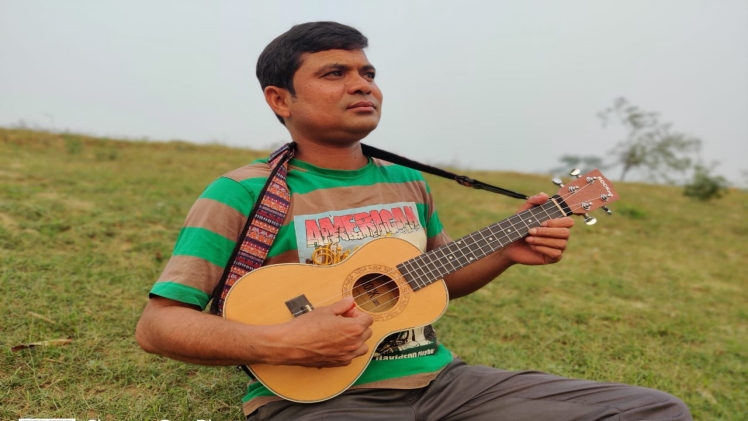 Folk and classic singers are an essential part of the tending of any nation. They are representing the cultures of the nations every day and wherever through their songs. New singers are coming out every day. But all of them are not good, some older and more skilled singers are still found in Bangladesh. Again many new singers become so much popular and successful through their singings. Samiul Mintu is one of them as a successful folk singer and musician.

Samiul Mintu was born on 1 February 1988 at Nazibpur village under Daulatpur Upazila in the district of Kushtia. He started his education in a primary school near his home. Then he went to Baragangdia High School, Daulatpur, Kushtia and completed his SSC in 2004. After that, he completed his HSC from the Nasir Uddin Biswas Degree College in 2006 and completed his degree course from Kushtia Government College in 2011.

Samiul Mintu grows up in his village from his childhood. From early-stage, he has an attraction to be a musician, and from 2009 he started to play guitar. He began to make music videos with his one partnership, named Baul Tuhin, from 2012. He also published an audio CD in 2013 and titled Shonar Kheya.

Nowadays, he is very famous among Bangladeshi people. His tunes are now uploaded on many platforms, such as Spotify, youtube, Deezer, amazon music, apple music, Google play music. His most famous songs are Bengali Classic, Modern Bangla Song, Bangla Folk Song, Lalon Geeti, Polly Geeti and many more. The name of his music label is “Surer Bhubon.”

He has grown very famous in a very short time and has a verified YouTube channel and Spotify account. He is a ridiculous musician and now has built a remarkable career through music. He has a lot of fans and followers who love Samiul Mintu and his songs as well. In a word, Samiul Mintu enjoyed the provision of his fans and followers, and now he is also trying to give his best effort to satisfy and entertain the Bangladeshi people.