Parag Sanghvi, in collaboration with Eros International Group, has announced the release of 2 big-budget films 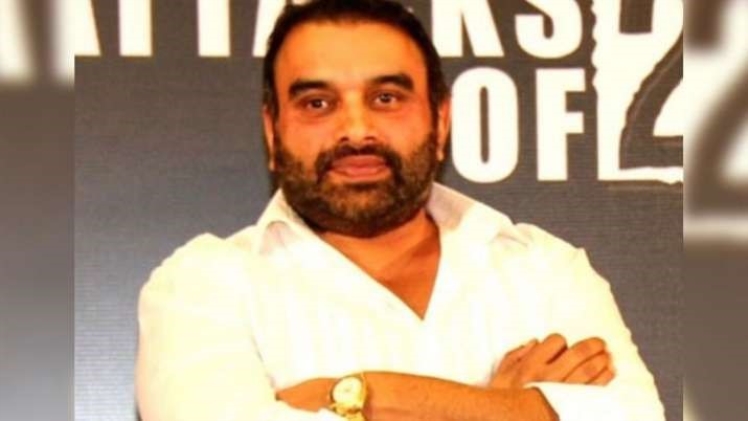 Producing films like ‘Sarkar,’ ‘Partner,’ and ‘Bhoot Returns,’ Parag Sanghvi has made a name for himself in the business with his dedication and high-quality work. Beginning his journey in Bollywood as a business manager early in life, Parag has skillfully combined his finance and organizational talents with his genuine love for cinema by building a career as a movie producer, financer, and distributor. In his 15 years in the profession, he has succeeded not only as a producer but also as the marketer of K Sera Sera, a renowned media organisation.

Parag Sanghvi has collaborated on over 40 films during the course of his career, resulting in numerous hits. He has etched his mark in the business with films such as Ab Tak Chappan 1 & 2, Vaastu Shastra, Darna Mana Hai, Darna Zaroori Hai, Golmaal-Fun Unlimited, Ek Hasina Thi, Naach starring Abhishek Bachchan, Nanhe Jaisalmer starring Bobby Deol, D launching Randeep Hooda, among others. His aspirations, enthusiasm, and abilities in creating, conceptualising, planning, producing, and nurturing films have made him a genius in his craft, allowing him to launch his own production company in 2011 and produce legendary films such as Sarkar, Sarkar 3, The Attacks of 26/11, and even the 2017 Saif Ali Khan starred Chef.

As per reports, Parag Sanghvi has lately revealed a slew of future initiatives for the forthcoming year, including collaborations with some of the industry’s best directors, including Ram Gopal Varma and Prakash Jha. Parag Sanghvi has also partnered with major production firm Eros International Group for two forthcoming Bollywood films, adding to his goals and demonstrating his commercial expertise. Furthermore, reports have verified that the alliance has already begun to work together and will begin pre-production for both films, albeit the actor lineup for both is yet unknown.

Besides, Parag Sanghavi explores opportunity in real estate and hotel sector in addition to being a producer and distributor. His adaptability and zeal for pursuing his ambition, as well as his ingenuity in putting his commercial abilities to good use, have made him triumph in Bollywood and Indian Filmmaking. We can’t wait to see Parag Sanghvi’s genius and his creations, which will provide Bollywood again year after year of superhero movie smashes, thanks to such wonderful relationships and intriguing ideas.