Let’s Create a New Math Curriculum Based on the Presumption That Computers Exist. 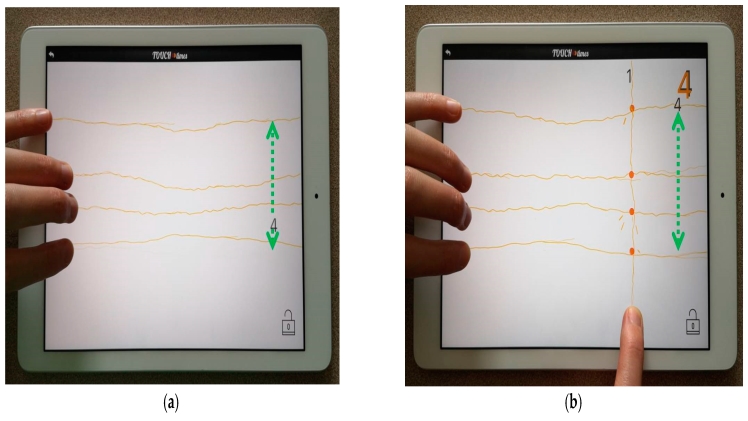 What sparked your interest in math? When is it going to happen? And, as a kid, were you always strong at math?

Like many others who appreciate math, I first became interested in it because I was able to outperform my peers at school. I was uninterested in the real structure and operation of it. What piqued my curiosity was how it could be used in physics or other fields. It was enjoyable for me, and the fact that I appeared to be more successful than some of my friends pushed me onward.

Math education has been the emphasis of your recent work and writing. There is a plethora of math teaching software and resources available today. But, in what ways do you believe we’re still missing the mark when it comes to teaching math and getting students interested in it?

Fundamentally, I believe it is the wrong topic. Many people find it surprising that I would say that. But math is a problem-solving system to me, and with a little reasoning and computation, you can arrive at a solution.

Many people become tense when the term math is spoken. And it got me thinking: Is the brand itself, the name “math,” giving us so many issues? We need to figure out what people will do with math after they finish school. When you consider what math is for and how people use it in the real world, you’ll see that we use computers to do the calculating to help us answer more difficult and complicated problems.

We’re attempting to create a math curriculum that believes computers exist and can perform calculations on your behalf. So, as a human, what do you need to study in order to harness the full potential of math?

You don’t have to memorise every step involved in solving a quadratic equation. You’ll almost certainly need to understand what a quadratic equation is. You must understand how to construct the equation. You must be able to verify the results in order to ensure that you were not duped in any way. But, most importantly, you must understand when and why you will set up an equation—something that very few individuals know when they graduate from high school.

Computer-based math is a project that aims to reshape the subject by allowing computers to perform calculations. Restructure the curriculum, pedagogy, and strategy. The core concept is to be able to use technology in the same way that you would in real life to tackle far more difficult challenges. So, for example, one of the first modules we created was for teenagers, and it asked, “Am I Normal?” What does it mean to be normal? Maybe we should describe it as, “How big is my foot in comparison to other people’s?” Is it possible to utilise math to assist us figure this out? Maybe we won’t be able to.

It’s difficult to teach something if you don’t understand how or when you’d utilise it yourself.

Then there are queries such, “Are Girls Better at Math?” and so on. But what exactly does that imply? What exactly does “better” imply? As you can see, these aren’t standard math questions; they’re a little hazy. We’re attempting to persuade people to tackle difficult topics with no clear answer, which entails a combination of identifying the problem and actually performing math.

Is it true that many of the issues you discuss are transdisciplinary in nature?

Without a doubt. Math is a general-purpose subject in school, but why not make it interdisciplinary? Why isn’t it serving history, English, geography, and the rest of the subjects? All of those other courses are served by learning English in school.

You may be required to provide a number or a specific response on occasion. Sometimes I get the impression that you don’t have a definitive answer. You may need to think about how to weigh dangers or examine how politicians, for example, explain various types of facts at times. The majority of issues in business and other areas of life are not multiple-choice questions. You don’t get five options, one of which is correct while the others are incorrect.

What would be an example of an issue in computational English?

It could be examining a novel’s linguistics. Is it possible to perform sentiment analysis on a book to see whether we can determine when it was happy, sad, or other emotions? John McLoone, a coworker of mine, made a blog post about it with [“Lord of the Flies”].

We also have a historical example where we looked at the most popular words used in presidential inaugural addresses. That raises the question: do these comments ultimately reflect their actions during their period in office?

How do emerging technologies like machine learning and artificial intelligence impact computer-based math, or what students will need to know in order to be equipped for the future?

What we need to figure out is what tool set we really need and how well people should understand how to utilise it.

…right now, what we’re doing in school is teaching students how to compute by hand, but not how to solve problems at a high level.

One of the major issues is that people studying arithmetic use a limited number of computational tools. They’re studying topics like how to solve a quadratic problem and how to sew a graph. However, the current tool set is enormous. Machine learning is a thing. There are many different types of calculus. Of course, there’s data science. People’s interactions with computers will evolve, but we must teach them how to use the technology that is already accessible.

People that know how to code are in high demand today. It’s what I refer to as the second step in the problem-solving process. The first step is to try to define the issue. Step two is to convert to a mathematical language, which is commonly code these days. You want to write it such that it can be understood by the computer, but you also want to be able to explain it. Step three is to calculate, which is what we’ve been talking about, and hopefully you’ll be able to accomplish it with the help of a computer.

There appears to be a lot of momentum in the United States and the United Kingdom to incorporate coding into the curriculum. Would you call yourself a supporter or a proponent of this initiative?

I believe it’s fantastic that this has blossomed into a movement. Coding is quite important. If you think about coding as learning how to abstract an issue, which I believe is really difficult, especially as the problem becomes fuzzier and more complex, I think it’s great that this is being promoted.

However, I’m not sure we’ve exactly nailed the angle yet. We need to make sure that coding instruction isn’t too purist, in my opinion. Like in math, if you’re one of the top students who loves it, that’s fantastic; I’m all for it. However, the majority of people dislike it, and it’s pointless to write an entire curriculum based on the assumption that everyone will enjoy it.

We’ve done exceptionally well with those who are already interested in coding. I believe we haven’t done as well with many other people who don’t connect with coding and only want to use it at school as a means to an end.

I believe that linking math to computational thinking and other courses, as well as merging it with code, is the most perfect path for the future. And I believe that will happen eventually, in some form or another.

How widely has computer-assisted mathematics been adopted?

One of the difficulties we’ve encountered is that, in the end, everyone must take tests. The issue is that the assessments do not align with our vision because they are primarily concerned with how to quantify things. Because you’re trying to alter the tests and get governments and others on board, it’s been a slow process.

In the meantime if you need a great tutor check out GettaTutor.com they are Canada’s Best Tutoring Company.