Curbside Recycling: How to Increase the Chances of Success 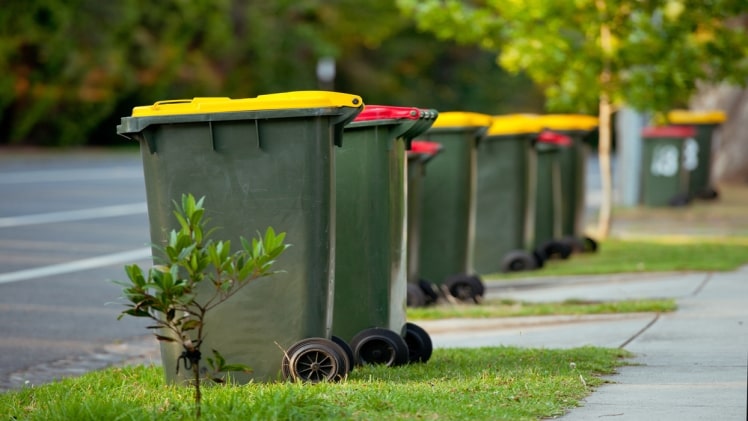 Assuming your curbside recyclables always successfully make it to the recycling center is a mistake. More often than not, they don’t. Why? Because loads get contaminated. Unfortunately, curbside recycling is rarely profitable even on the best of days. If a load gets contaminated, it is not worth the extra time and effort to fix the problem. That load gets sent to the landfill.

Despite decades of heavy promotion, municipal recycling just doesn’t work. In excess of 90% of all plastics the world produces never get recycled. Everything from plastic bottles to takeout food containers wind up in landfills or incinerators. Perhaps that wouldn’t be the case if we could address the contamination issue.

So, is there anything you can do? Absolutely. While you cannot control what your neighbors do, there are things you can do to increase the chances that your curbside recyclables actually get recycled. Below are a few suggestions.

The starting point for curbside recycling is making sure that no trash ends up in your recycling bin. The bin is for paper, glass, and designated plastics only. Throw anything else in the bin and you have automatically contaminated it.

Along those same lines, recyclable materials may not be recyclable in some situations. Take your standard pizza box. As cardboard, it is normally recyclable. But it is contaminated if there is any food residue attached to it. That means you shouldn’t recycle pizza boxes with sauce and cheese stuck to them. Throw them in the trash.

Speaking of pizza boxes contaminated by food debris, make sure you clean out all glass and plastic containers before placing them in the recycling bin. Leaving ketchup in a bottle contaminates the load. The same goes for anything you might leave behind in a can, jar, bottle, etc.

It takes effort to clean recyclables before you send them away. But it needs to be that way. Otherwise, you risk contaminating an entire truck load of recyclable materials.

Incidental, dirty containers explain one of the fundamental differences between municipal and industrial recycling. When Tennessee-based Seraphim Plastics agrees to buy plastic from a customer, they also require that customer to ensure materials are separated and clean. Not having to do the work themselves gives them the opportunity to make a profit on recycling.

One last thing to consider is how you separate your recyclables. Again, Seraphim Plastics doesn’t do any separating themselves. When they pick up a load of industrial plastic, it is a single type of plastic rather than mixed material. They know exactly what they are getting with every load.

Your municipal recycling program requires you to separate plastics by number. In all likelihood, you only recycle limited numbers. Plastics of other numbers get thrown in the trash. The point of this exercise is to get you to separate materials properly so that the recycler doesn’t have to do it.

Maybe you let one or two non-recyclable pieces make it into your bin. Perhaps your neighbors do the same thing. If the recycler notices that a certain percentage of the load seems to be made up of non-recyclable plastics, that load probably ends up in the landfill. It is probably not going to be manually sorted.

Here is what it boils down to: effective municipal recycling depends on preventing load contamination. Even a little contamination can ruin an entire load. If you want to do your part to increase the chances of recycling success, make sure you are avoiding contamination through the three tips mentioned in this post. Can you do that?