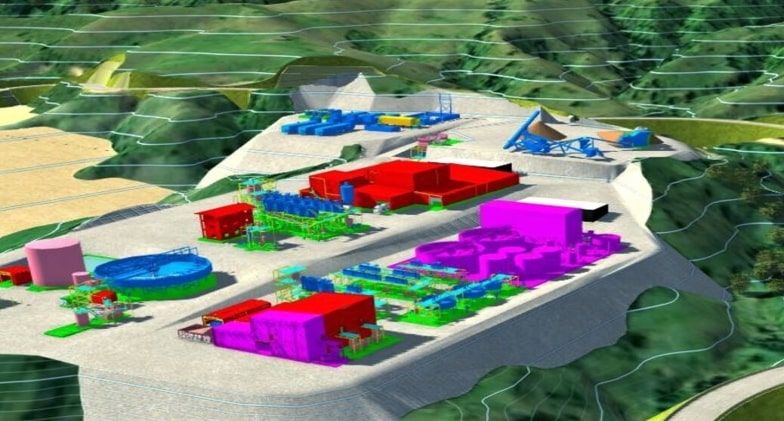 Last year, Ecuador started a large-scale mining project. According to experts, Ecuador has a lot of mining potential because of its water resources and its placement in the Andean copper belt, which runs from Panama to Chile and includes over half of the world’s copper reserves. Top companies such as BHP, Newcrest, Fortescue, Anglo American, and First Quantum hold exploration projects. Mining officials expect more interest from large mining firms if the government releases the mining regions in the country, given Ecuador’s area remains underexplored.

Warintza project is one of the largest copper and gold exploration projects run by a large-scale Canadian copper mining company, Solaris Resources. Canada is a well-known leader in the mining sector, with a rising domestic sector and a significant global influence. The minerals and metals sector is a global, fast-paced, and intensely competitive industry. Canada must take steps to maintain its position as a worldwide mining leader and ensure that the sector continues to contribute significantly to the country’s economic development. Warintza project has recently discovered multiple high-grade targets at Warintza south, including a significant discovery that can have extended interval returns of well-mineralized copper porphyry.

Mineral exploration, mineral extraction, mine production, and other activities are all covered under the general word “mining.” Ecuador’s mining industry is among the most promising in the near term. The copper mineral resources are comparable to those of its neighbors. Copper and silver are Ecuador’s highest valued resource products. According to research, Ecuador has been well-known for its copper mining for years. Minerals, or the mineral products produced from them, are essential for working modern processes and goods. Some minerals are more critical than others in that they have few, if any, replacements that can provide comparable functionality at comparable prices.

Canada’s INV Metals was awarded gold, silver, and copper projects. It consists of three licenses totaling 8000 hectares, such as Cerro Casco, Ro Falso, and Cristal. It requires a total expenditure of roughly US$310 million for construction and development. According to estimation, it can produce 203,000 oz of gold equivalent per year up to 12 coming years, starting in 2022 or 2023 with 26300 oz each year in the first four coming years.

Salazar Resources, a Canadian company, owns the gold, copper, silver, lead, and zinc property in central Bolvar. Before October 2022, Adventus mining spent US$25 million on exploration and development and earned almost 75% of property on it. In 2022, construction started with nearly US$180 million costs. Production began in 2024.

The copper, silver, gold, and zinc project was started in central Cotopaxi province by Atico Mining, a Canadian company. The estimated cost of investment, maintenance, and operations total cost is US$120 million. In 2022, construction will begin as well as production in 2024.

Lumina Gold’s project is in the coastal province of El Oro in southern Ecuador. It is a gold and copper mining project. The estimated mine and other infrastructure costs are about $800 million to build. However, the production starts in 2024.

Ecuador has significant mining projects in the pipeline. Some projects have already started the construction and infrastructure process. They will start producing copper and other metals. Hopefully, you now have a thorough understanding of copper mining in Ecuador.