Best Neighbourhoods of Chicago for you to start a new life 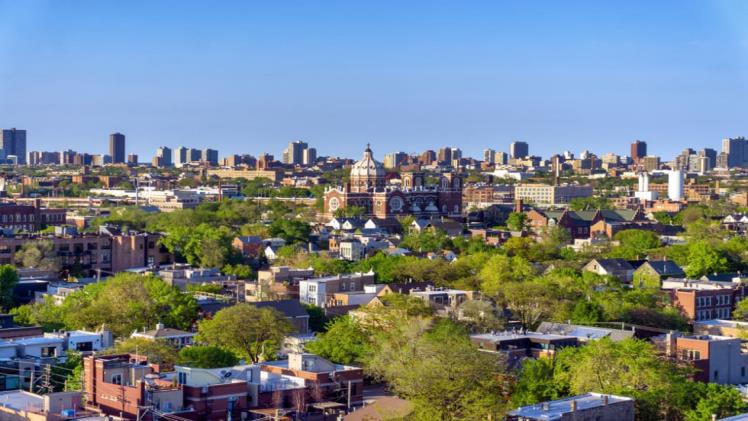 One of the largest cities of Illinois, Chicago is an international centre for both commerce and finance. Though Chicago is located on the shores of Lake Michigan, it comprises more rivers including the Calumet River and Chicago River. Many of the early buildings of the city are built around the Chicago River. The city offers a metropolitan life with good life values as it is a good blend of city life and open spaces. Thousands of people from around the world come to settle in Chicago as the city has a good job market and a charming life. Working in Chicago and living in its neighbourhoods is a common practice that people follow as living in the city is not only costly but also a little harder than the outskirts. So here is a list of neighbourhoods of Chicago that are best to live in:

The quality of life in Lincoln Park is very high and so are home prices and rent. It is an expensive yet beautiful place with old brick houses and modern condos that have lined up trees on the residential streets. Lincoln Park is a kid-friendly area and if you are looking for a place to move in with a family, this is the right choice for it has several parks, a zoo, and a nature museum. Though the place is a good fit for families, there are many bars to entertain singles too. Lincoln Park has many performing art theatres and music venues that attract people who have a zeal for nightlife. If you are already looking for some good Chicago moving companies to move to the city, consider researching this area first.

It is a community area in Chicago that is bordered by Lake Michigan. It is a densely populated neighbourhood of Chicago that has both young professionals and families are a part of it. The Wrigley Ville area of Lake View has low-rise buildings while Boys town has one of the largest LGBTQ communities and is known for its nightlife, fashion stores, and chain stores. Lake View has both laid back atmosphere and a happening nightlife. Coffee shops, bars, pubs, restaurants, boutiques, and record shops make it a great place to be.

River north is an urban neighbourhood of Chicago that comprises art galleries, fine-dine areas. Various entertainment venues like rooftop bars and dance clubs enhance the nightlife of River North. The city is also known for buildings like House of Blues, Marina City Towers, the Wrigley Building, and the Trump International Hotel and Tower. River north is the right place for both young professionals and art lovers as it comprises both Victorian houses and high-rise buildings.

Located on one side of Lake Michigan, Hyde Park is also known for its historic sites including the Museum of Science and Industry and the University of Chicago. It is also home to former U.S. president Barack Obama. The place has a diversified population with a blend of White, Hispanic, Latino, Black, and Asian races. The Art Institute, the Smart Museum of Art, and the Museum of Contemporary Art are some of the unique architectures of Hyde Park.

From Chicago River to Oak Street, Magnificent Mile is located in Chicago’s Near North Side. Magnificent Mile is equally popular among locals and tourists and is known for its commercial, cultural, and tourist attractions. Amidst all those residential and commercial buildings, there is plenty of landmark architecture, museums, high-rise buildings, and luxury hotels. The city is known for some of the tallest buildings including 900 North Michigan.

This residential neighbourhood of Chicago was first settled by Czech immigrants and still is the favourite of many other immigrants including Italians, Irish, Germans, Latinos, Slavs, and Mexicans. Latinos cover almost 78% of Pilsen’s population and it can be seen in the culture of the city too. Latino culture will reflect in both the food and music of the city. The colourful streets, murals, art galleries, and artist studios are witnesses of the love for art in its residents. The nightlife of Pilson is incredibly entertaining as the city has several bars including Dusek’s Board and Beer with music venues like the Tack Room and the Thalia Hall.

Located at Chicago River’s western bank, West Loop consists of several warehousing buildings. The city used to be a hub for warehousing and manufacturing. Many old warehouse buildings are converted into eateries, art galleries, and loft condos. West Loop is the right choice for all kinds of young professionals. The city has limitless restaurants, bars, and other eateries. It is a good place to raise a family as there is plenty of good education and outdoor activity options. Greektown area of the West Loop neighbourhood is known for its lively nightlife with many Greek restaurants. The National Hellenic Museum is one famous cultural site in Greektown.

Above-said are some of the best neighbourhoods of Chicago and it has many other unique communities. If you want to explore Chicago then the above-said neighbourhoods might have attracted your attention.