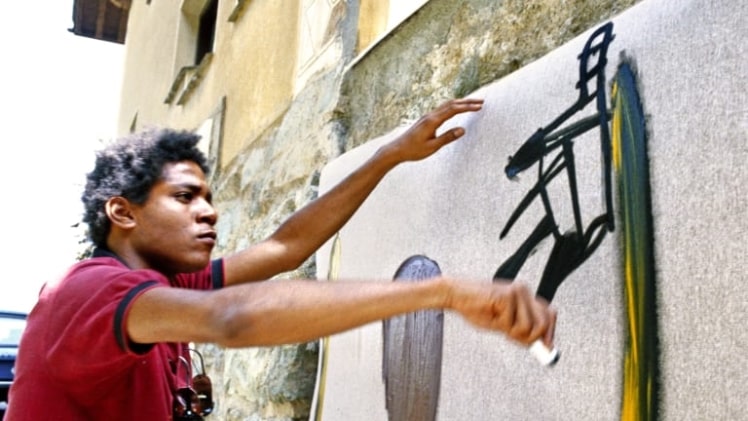 The history of black artists is little known and not often talked about. An artist’s skin color is inconsequential in today’s world, but this wasn’t always the case for most of history. It is only within the previous century that artists of color have been accepted into the mainstream of society.

Art’s history can trace its roots back to Africa over 5,000 years ago. However, it was only by the black rights movement that swept across America in the 1960s that the African-American art movement came to prominence.

Since then, black artists have showcased their skills, proving that they are just as talented as anyone else. Their road was undoubtedly a grueling one and had to be built one stone at a time, but finally, famous black paintings would receive the credit and opportunity they deserved.

Jean-Michel Basquiat is one of the most incredible African-American artists of modern times. He was a pivotal and celebrated figure during the 1980s New York art scene and produced paintings that would be worth hundreds of millions after his premature death.

Basquiat’s paintings were influenced by his earlier years as a graffiti artist, and this gritty’ street’ style shows throughout much of his work. His art involved hard-hitting social commentaries such as poverty, political and social corruption, and class divisions.

Many of his paintings have no titles, which only adds to their mystique. Basquiat’s beatnik punk paintings perfectly embody the anti-establishment urban culture of New York at the time. Unfortunately, his life was cut tragically short; however, his extensive catalog of paintings and drawings remains to inspire the next generation of urban artists.

The Migrants Series by Jacob Lawrence

Jacob Lawrence’s impact on black history and African-American art cannot be denied. Born in the early 20th century, Lawrence is credited as being one of the first black artists to be widely accepted during the racial tensions in America.

His work has been praised for its wonderfully colorful recreations of day-to-day life. And his depictions of the struggles and discrimination endured by his people at the time! His art is a collaboration of style and color and is said to be influenced by jazz music, his neighborhood of Harlem, and the Cubist work of Picasso.

Lawrence is most well-known for his Migrant series of paintings which vibrantly depict the historical event of the semi-forced mass migration of African-Americans from the rural south of the United States to the urban north after the first world war. However, his contribution to black people paintings cannot be understated.

Kara Walker is perhaps the most prominent African-American artist alive today. Her artwork comprises thought-provoking subjects, such as the sexuality and violence of history and the exploration of race and gender.

Walker’s work differs from that of other artists, though most of her pieces consist predominately of silhouettes. These famous black paintings complement the themes of her work perfectly and act as an apt metaphor for the messages of her art.

By using silhouettes, Kara sheds a unique light on the injustices within our society and makes them more significant than just being racial or gender issues. She presents them in such a way to reveal them as what they indeed are, human issues.

When it comes to depicting the hardships and struggles that African-Americans went through during the 20th century, there is no better artist than Charles Henry Alston. Like Lawrence, Alston was also part of the Harlem Renaissance art movement and chose an abstract art style to express himself.

Like all great artists, Alston was motivated to inspire his people. He did this by powerfully painting black people paintings. He wanted to encourage them to stand up for themselves and never forget the hard roads from which they had come.

Besides his paintings, Alston is most famous for his martin Luther king Jr. sculpture. This masterpiece was the first-ever image of an African American to be shown in the white house and still resides there to this day.

Henry Ossawa Tanner is acknowledged as the first professional black artist in America. Furthermore, he is also regarded as the first African-American painter to gain success and fame internationally.

His paintings comprise predominately of religious subjects, but he is also known for his atmospheric landscape paintings and realistic encapsulations of everyday life. His work is beautifully detailed and emotion-filled, practically leaps off the canvas.

His art took him to many different places throughout his lifetime, and his collection of work is the lasting legacy of the life he lived. Not only did Tanner pave the way for all of the other artists on this list, but he is also widely regarded as the greatest of them all.

The mainstream success of black artists may only be a relatively new phenomenon, but the history of reaching that success was indeed a long and painful one. Nevertheless, black artists today are free to find success on an equal and level playing field through their indomitable spirit and will to be equal.