Aconcagua Climbing: My Adventures with 12 Friends on Aconcagua 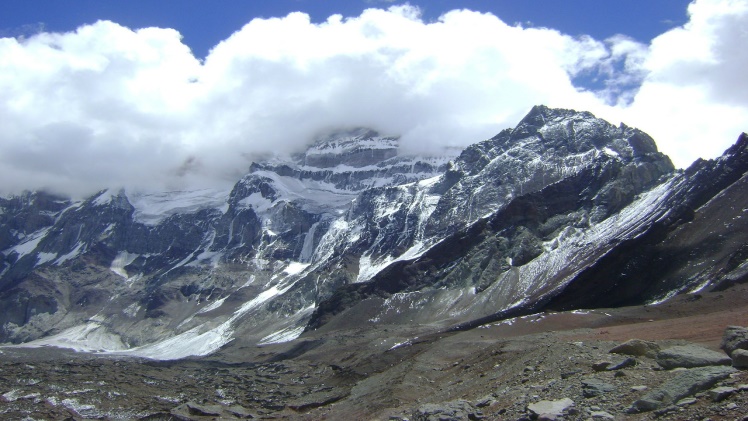 This year we have a team of 12 friends from four different countries – England, Holland, Canada, Arabia, and Argentina – and three guides to take the team to the top of the Americas. The group was later joined by three more people from Nepal, targeting the second of the Seven Summits. The team started the Aconcagua 360 route met in Mendoza as usual for pre-trip administration, including purchasing the Aconcagua permit that this year increased to USD 800 per person. Every year it has increased, and one wonders how much more the clientele will take.

We traveled to Puente del Inca and then took the walking trail to Confluencia and then to Plaza de Mulas on the Horcones trail, base camp for the next few weeks. The acclimatization plan allowed us to climb high and sleep low, so we did a few carries but always slept at the lowest possible point. At first, the weather was very hot during the day, but as we progressed in our Aconcagua guided climb, little by little, a large front appeared, and a decision had to be made on what to do.

The guide received forecasts twice a day from the park rangers office, and it was clear that the low pressure and bad weather would settle on the mountain for about three or four days, after which the winds would drop, and we might have a chance to get there to the top. Those are always the expectations when you do Aconcagua ascents. The plan called for two nights at Nido de Condores, but the guides agreed to extend this to four nights to be well-positioned to climb to the final campsite and a short window at the top.

For most of the group, how to climb Aconcagua was a mystery. The experience of sitting in a tent at 5500 meters during a four-day storm was something new. The wind and the churning of hail and snow were incessant. Sleeping was challenging, and very soon, boredom and a feeling of unease washed over them. Would the tents survive the weather? We worked hard to make sure everyone ate, drank, and slept their best.

In the end, although the weather cleared and we were once again presented with blue skies with snow on the ground, even though the wind was still strong on the peaks and it was freezing. Leaving non-essential items and a small amount of poop bags behind, we quickly ascended to the final camp at 6100 meters and prepared for a long day at the summit.

Starting around 4 am in the dark, and the route initially snakes through some rocky patches that require a bit of a scramble, after which the moonlight was strong enough to turn off the lanterns and enjoy the experience—particularly climbing at night on a great mountain. The wind had died down as expected, and everyone was very well acclimatized and fit. The fun was good, and when red dawn rose, we had a splendid view of the shadow of Aconcagua projected against the horizon.