Lily of the Valleys. These beautiful flowers are the reward you can receive for achieving the ever sought-after 5-star island. Previously they were known as Jacob’s Ladders though we don’t know why this was translated that way because there is nothing alike between Jacob’s Ladders and Lily of the Valleys in real life. Lily of the Valleys is one of the ACNH Items that has existed in the Animal Crossing series since the Japanese e+ version which was released after the international version we know, Population Growing. Therefore, these flowers, then called Jacob’s ladders, were included in the next installment, Wild World. Since then, Lilys of the Valleys has been gracing our islands with their wonderful, surprise appearance. It’s a fun surprise to happen across as you explore your island. A random new beautiful white flower that you can appreciate for all your hard work.

How Do The Flowers Appear & Where Can They Spawn And How Often?

Lily of the Valleys only appears if your island holds 5 stars right before the morning announcements. This is when the game RNGs mostly everything in the game that day from tree growth to flower breeding to placing lost items on the ground. This means that your island rating can decrease throughout the day, but as long as you end and log off with it at a 5-star rating, you’ll still have a chance for a Lily of the Valley appearing the next time you log on.

What Exactly Are The Chances Of The Flower Appearing?

Thankfully, amazing data miners and animal crossing item data base have found out the exact chances of one spawning. The very first time you reach the 5-star island achievement, after KK Slider has already performed for the first time, every day you keep the perfect rating, you’ll have a 50% chance of a Lily of the Valley spawning. This is only for the first one you ever receive in a game. After that, the calculation gets slightly more complicated. The chance of one appearing is calculated with this formula: (Counter)2 + 6%. The counter starts at one and increases by one every day that you log onto the game and keep a 5-star rating. This means that on the first day, there is a 7% chance one will appear, and by the 10th day, if one has not yet spawned, there’s a 100% chance you’ll wake up to a beautiful flower somewhere on your island.

Where Does The Lily Of The Valley Spawn?

Basically, on a cliff edge. There’s a lot of specifics for what characteristics a particular square of land needs to be acceptable for a Lily of the Valley to spawn but to simplify it, they normally spawn on a cliff edge, south, east, or west, cannot be adjacent to water, and must be a square that a flower can grow on. They also can’t spawn on one square, small cliff. So, be mindful something like that wouldn’t be able to spawn a Lily of the Valley, but somewhere there’s room behind the spawn point can. Once a Lily of the Valley has spawned, that counter resets back to 0 and the process starts over. You do have to play the game for the counter to increase. You can’t just log on one day, wait 10 days of no New Horizons in your life, and expect to find a Lily of the Valley. Your villagers will hate you and so will the flowers. The counter increases by one only if you play the game that day and sit through Isabelle’s wonderful daily announcements that always have something informative.

Other than looking pretty, Lily of the Valleys doesn’t do anything else. You cannot breed them, they can’t be picked like other animal crossing flowers, and no, they do not increase the chances of nearby flowers creating hybrid flowers. On the plus side, they can’t be trampled. So, running through them will have no repercussions unless you happen to be on someone else’s island. Then they’ll probably give you the stink eye for being a rude guest. So, to sum everything up, get a 5-star island, and the lily of the valleys will appear at some point as long as you have room for them. we’ve always loved the appearance of the Lily of the Valley. It’s a beautiful reward for all of your hard work in making your island beautiful. this is one of the mechanics that have stuck around in the series and something that returned to New Horizons. 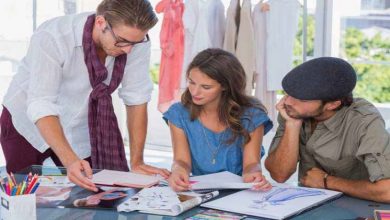 Choosing an online fashion course and how to get them started 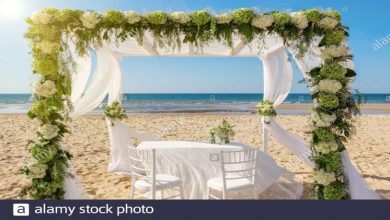 A wedding at the sea shore with wood flower

Types Of Haircuts That Every Women Should Try In 2022 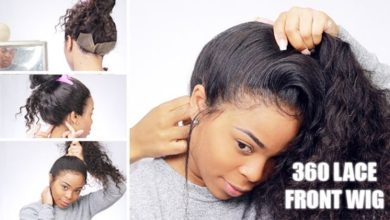 Why Should You Choose The Lace Front Wigs?