10 best festivals in Thailand- savour the culture and traditions!!! 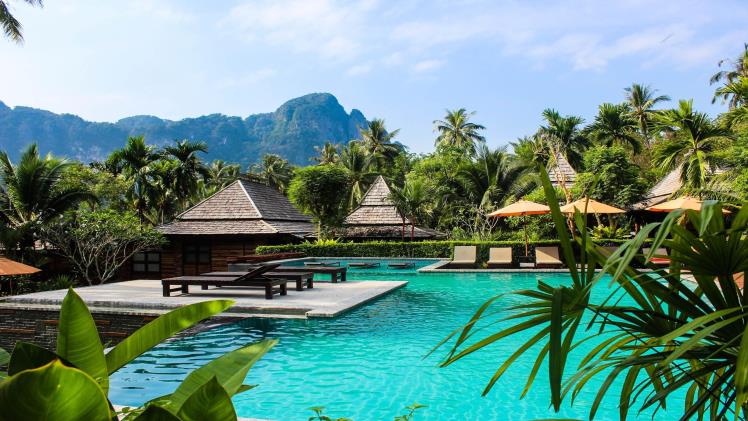 Lopburi Monkey Festival is a unique Thailand food festival in our list of best festivals in Thailand. This festival takes place in Lopburi, which is 150 kilometres north of Bangkok. Lopburi is well known for the several monkeys that live there, and feeding the simians is one of the most popular activities for tourists who visit Lopburi. So if you want to enjoy this festival, you can choose our Thailand packages at the Pickyourtrail website.

However, come November, the simple treats they receive from tourists is nothing compared to this banquet. You can see a massive banquet for the approximately 3,000 monkeys that live in this area of Thailand. This banquet gives them a day to gorge on 4 tonnes of fruits, vegetables, and a variety of other treats. This festival is one of Thailand’s most intriguing festivals.

Wing Kwai, one of Thailand’s best festivals in 2021, features buffalo racing. Thailand has had a buffalo racing tradition for over a century. The racecourse is 100 metres long, and you can spot it in front of Chonburi City Hall.

Wing Kwai also has a buffalo beauty pageant, buffalo decorative items, and other activities apart from buffalo racing. Following these, you can enjoy other available games at the festival.

The Yi Peng festival, one of Thailand’s most spectacular, is held in Chiang Mai, the legendary city that was once the capital of the Lanna kingdom. Its worn-out fortresses and water features speak of a bygone era and continue to hold cultural significance. This festival of lights is among our list of best festivals in Thailand.

During Yi Peng in November, Chinese paper lanterns are released into the skies to represent the release of the previous year’s miseries. Thousands of people gather to participate and take in the breathtaking scenery. The best places to enjoy the festival are Tha Phae Road and Mae Jo University, but it’s best to arrive early to avoid crowds. 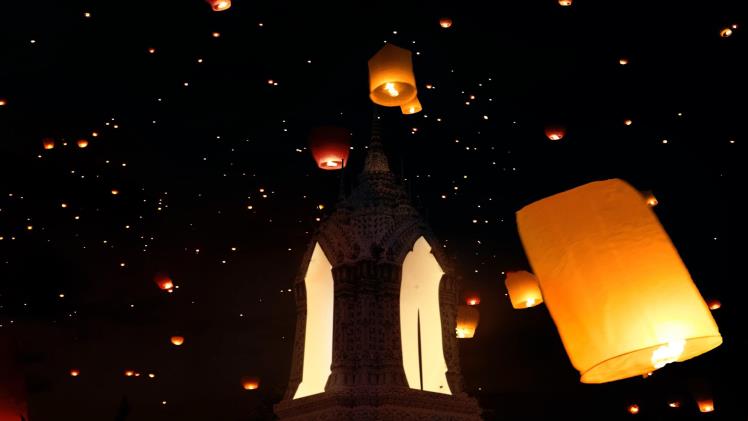 Phi Ta Khon is known as Thailand’s “Ghost Festival” because of its embrace of the macabre. It takes place in the small town of Dan Sai. It is a three-day festival characterised by colourful masks. These masks are decorated with gaudy, eye-catching colours and large phallic noses.

It usually occurs during the sixth full moon of the lunar calendar, which is in June or July. According to legend, Phi Ta Khon is a party that both the living and the dead want to participate in. People believe that the excessive noise will awaken the Mun River’s spirit, which protects their town.

The Mekong Naga Fireballs Festival is one of Thailand’s most popular events, drawing visitors from all over the globe. You can see vast numbers of huge reddish-pink balls of light rising into the night sky beside the Mekong River, without a sound or apparent human contact.

They can reach heights of 600 feet. Locals believe it is the work of a serpent-like creature with divine powers known as Phaya Naga, while scientists believe it to be sulphur combustion in the river’s marshy environment. Every October, people gather along the Mekong River to witness this magnificent site, which is either a scientific phenomenon or the work of a water god.

This extravagant festival takes place in Ubon Ratchathani, Thailand’s southeast. It takes place in July, on the days of Asalha Puja (the commemoration of Buddha’s first sermon) and Wan Khao Pansa (which marks the beginning of Buddhist Lent).

Large wax sculptures made up for the parade on massive floats during the Candle Festival. These wax sculptures have been created in recent years with the impact of old and new art aesthetics, while the candles represent various districts of Thailand. This amazing festival is a part of our list of best festivals in Thailand.

Some elaborate candles have scenes from Hindu and Buddhist mythology carved into them. To dispel the gloom, regular-sized candles are placed all around temples, and people are expected to donate food.

Yaowaraj, Bangkok’s official Chinatown, hosts one of the most exciting Thailand celebrations during the Chinese New Year. The narrow, bustling alleys of this neighbourhood are always a delight to discover.

Dragon and lion dancers, bursting firecrackers, famous red Chinese oil lamps, and flocks of devotees are common sights. Locals gather to participate in the fanfare and enjoy mouth-watering Chinese banquets filling every crevice of the street and nearby alleys. If you happen to be in Bangkok during the Chinese New Year, go straight to Wat Mangkon Kamalawat on Charoen Krung Street on the northern outskirts of Chinatown.

Phuket Vegetarian Festival is one of Thailand’s most important festivals, and for a month before it, people refrain from eating meat, garlic, onions, and other similar foods.

This tradition preceds by a grand celebration in October, during which people participate in gruesome activities such as laying on knives and piercing their faces. At this festival, you’ll also see spectacular fireworks and dance!

This festival is a well-known Thai festival that is important to the agricultural sectors of Issan. Isaan is in the country’s north-eastern region. It is also recognised as the Rocket Festival.

Entire neighbourhoods join the festival because it is regarded as the last big “knees up” before the sowing season begins. The rockets are launched to persuade the Gods to throw down plenty of rain. On the first day of Boon Bang Fai, extravagant rockets are built and paraded around before being launched high into the air for the duration of the weekend.

The Wonderfruit Festival Pattaya is a three-day entertainment and art fair. It takes place in December in the suburbs of Pattaya. The major highlight of the festival, with a superb mix of Thai, Asian, and Western cultures, is the music made by foreign designers.

Food is also an essential part of the festival, with famous chefs producing signature cocktails and feasts. It is, without a doubt, one of Thailand’s finest music festivals.

These 10 best festivals in Thailand will leave you awestruck. There are so many colours and traditions in these festivals that you will always cherish these moments. And apart from festivals, there is a lot to do and see in Thailand. So make sure you add Thailand to your bucket list of travel destinations. Grab your bags and enjoy!!