Do you ever experience a constant ringing, buzzing, or pulsing noise in your ears that simply won’t fade away? If so, you may be one of the millions of individuals who live with tinnitus. This common hearing condition is experienced as a “phantom noise” that only the person with tinnitus can hear. Living with this day-to-day can make even the simplest of daily activities a challenge.

There’s no quick fix to curing tinnitus, but doctors have developed methods of treatment that help individuals manage their symptoms. Regular exercise and a healthy diet can also help alleviate tinnitus symptoms. There are even all-natural health supplements, such as Tinnitus 911, that can make a difference.

Here, we take a closer look at this hearing condition and dig into the common causes and symptoms associated with tinnitus. We then briefly discuss potential treatment options. If you believe you’re suffering from tinnitus, it’s important to first schedule an appointment with a doctor or audiologist to receive a complete medical diagnosis.

Tinnitus is a common hearing condition that affects millions of people around the world. In fact, according to the Center for Disease Control (CDC), over 50 million Americans experience some form of tinnitus—this equates to about 15 percent of the total population.

Tinnitus commonly affects people as they grow older as it’s associated with natural, age-related hearing loss. However, tinnitus can also be caused by various other factors, such as a head or neck injury or certain diseases.

Audiologists have identified two primary types of tinnitus: subjective tinnitus and objective tinnitus. Subjective tinnitus, the most common form, refers to tinnitus that is only heard by the patient. This is often caused by issues with the auditory nerves and how they are able to communicate with the brain.

Objective tinnitus, on the other hand, is a form of tinnitus that someone else (like your audiologist) can actually hear. This rarer type of tinnitus is often caused by muscle contractions, blood vessel issues, or conditions affecting the middle ear bone.

WHAT ARE THE CAUSES OF TINNITUS?

Tinnitus can be a difficult hearing condition to diagnose because they are several different causes. Tinnitus is not a disease itself, but rather, a symptom of an underlying condition. Understanding the cause of your tinnitus is critical for developing an effective treatment plan. Here are some of the most common causes of this hearing condition.

As we age, the quality of our hearing gradually declines. For many older adults, this age-related hearing loss can develop into tinnitus. In fact, most people with tinnitus are between the ages of 40 and 80 years old.

Repeated exposure to loud noises without any proper ear protection can eventually develop into tinnitus. This is especially hazardous for people, like construction workers, who have to work around loud noises every day. Ear plugs or earmuffs are an effective way to prevent this type of hearing damage.

While ear wax is entirely natural (and actually beneficial for your ear health), too much can lead to hearing issues. Ear wax blockage is a common cause of tinnitus, but can be treated by audiologists through an ear wax removal process.

Certain prescription medications can damage your hearing and lead to tinnitus—these are referred to as ototoxic medications. These include certain antibiotics, some cancer medications, or water pills.

Meniere’s disease is an inner ear disorder that can cause vertigo, tinnitus, and hearing loss. This chronic condition generally sets in during early childhood and various treatments have been developed to help people manage their symptoms.

WHAT ARE THE SYMPTOMS OF TINNITUS?

The most common symptom of tinnitus is that persistent “phantom noise” that only the patient can hear. Depending on the severity of your tinnitus, the noise may be temporary or intermittent. In more severe cases, the symptoms become permanent. Tinnitus is most commonly experienced as one of the following sounds:

In addition to the “phantom noises,” tinnitus can, over time, cause anxiety disorders or depression. It can make the individual feel withdrawn, isolated, and avoid making social connections out of fear that they won’t be able to communicate.

CAN TINNITUS BE CURED?

Currently, there are no medical cures for tinnitus. However, doctors and audiologists have developed various treatment plans that can either help people manage and live with their symptoms or completely stop that ringing in your ears

Hearing aids have proved effective for many individuals with tinnitus. Some people even use white noise machines that can help them acclimate to their symptoms and not recognize them as much. Audiologists have even developed sophisticated treatment methods, like tinnitus retraining therapy (TRT), to help patients better cope with their symptoms.

CONCLUSION – WHAT ARE THE SYMPTOMS OF TINNITUS?

While tinnitus is not a life-threatening condition, it can lead to frustration, difficulty forming relationships, and make even the simplest of activities a challenge. In severe cases, tinnitus can even lead to insomnia, anxiety, or depression. If you believe you’re suffering from this hearing condition, don’t wait any longer—reach out to an audiologist to receive a thorough hearing test and diagnosis. This will set you on the road to managing your symptoms.

In addition to working with an audiologist, there are many things you can do to help relieve your tinnitus symptoms. Exercising regularly, eating a healthy diet, and reducing your smoking and alcohol intake can reduce that ringing in your ears. Additionally, companies like PhytAge Laboratories have developed tinnitus health supplements designed to help people find peace, relief, and return to their normal lives. 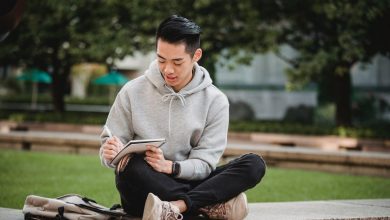 Critical DevOps Interview Questions—and How to Answer Them 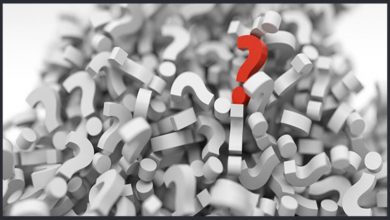 What Qualifications Do You Need to Be a Hypnotist? 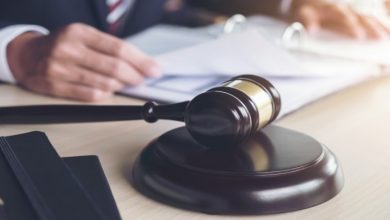