The aptest programming language for your online business 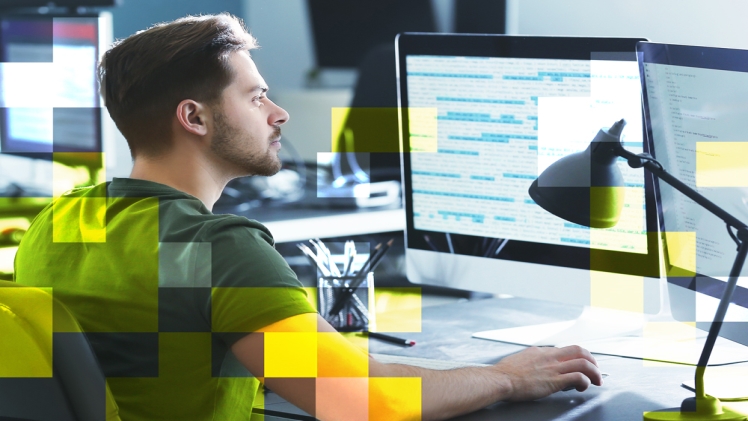 Since the evolution of smartphones, the information technology era has undergone a massive transition. Many people depend on their smartphones to browse the Internet, stay in touch with others, pay bills online, and do many other things. Since people spend so much time engaging with applications, there is an increasing need for smartphone application business development and an apt programming language as per the app design. Owing to this factor, more and more organizations are moving their business operations online. A business app is a must-have If you want to build an online business. Making an apt choice of programming language is critical when building a mobile app. Choose an appropriate programming language for the business app which is both customer-friendly and different.

There are lots of computer languages to select from your app development tasks. Before choosing a language for the app, it is crucial to understand the working of the language. Following is a list of languages to help you select one as per the requirements of the business app.

For mobile applications that need database access, most developers prefer PHP. It’s a highly accessible programming language convenient to pick up and use, making it ideal for learners. It also integrates quite well. It’s perfect for apps with a lot of material. Even with a sluggish internet connection, it runs swiftly and includes default protection mechanisms. The designers use PHP primarily for website development, but now it has various programming applications. Developers use the language to design all types of apps today.

It is one of the most widely used programming languages and a thoroughly accepted language recommended by many designers. It is an all-purpose OOP language designed to have as minimum execution variables as possible. It is not the best option for developing an IOS app; however, it is helpful for other platforms.

It is a broadly accepted language that comes with a wide range of functionalities. From desktop to web and android applications, developers prefer Python to build apps. It is a contemporary language because it is easy to understand and read. It’s a reasonably easy language that’s a bit technical but not too much. Developers used Python to build several successful apps, including Instagram, etc

It is one of the most simple-to-learn languages from the programmer’s point of view. It is a browser-based language that is employed to build online pages. It does Object-Oriented Programming (OOP). It is of high level and is well-suited for all three platforms, Androids, iOS, and Windows.

It is an upgraded version of Java; it’s an efficient and adaptable language designed to overcome the loopholes of Java. It is simple and to-the-point language. It is straightforward, concise, and statistically typed. It offers various sophisticated features that make it an ideal option for app designers.

Every day, the application development field improves and advances. Some languages have come a long way, while others are still becoming a part of the mainstream. Looking for a programming language that is most apt and feasible for the business app can sometimes be confusing, so analyze each language’s functionalities, efficiency, and durability first. After that, choose a language that fits the criteria of your business app idea. As long as you have a clear business app idea and proper implementation resources in hand, deciding the suitable programming language becomes easy.