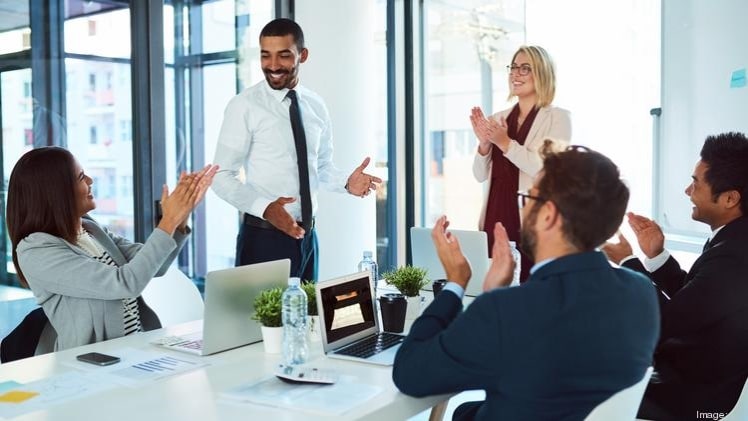 In-memory computing is running computer calculations entirely in the computer memory. Most of these calculations are complex, and that’s why it’s recommended to perform them out in a cluster with computers that have large RAM.

These computers pool together their RAM into a shared memory space to run the calculations while leveraging the collective RAM space of the computers in the network. Research shows that in-memory computing is becoming one of the greatest fixtures in the data center, and it’s highly getting incorporated into the mainstream production methods.

The in-memory computing definition gives an insight into how the computation process works. In this case, a type of middleware software facilitates data storage. It works by eliminating all the slow data accesses by relying exclusively on the data that is stored on the RAM.

Computer RAM stores information that the computers are actively using to carry out the computations to be accessed quickly and with ease. Eventually, the overall latency encountered when accessing the data stored on the hard disk drives or the SSDs is eliminated. Software that runs on the organization’s computer system manages the whole computation process as well as the data stored in the computer memory.

It divides the computation into small tasks, which are then distributed to the computers on the system. Parallel connection in these cases is used for the effective distribution of the task. In-memory computing is often done using the in-memory data grids technology.

This technology lets the users run the complex computation on large sets of data across the cluster of the available hardware servers while maintaining a high speed. Below are several ways in which in-memory computing drives digital transformation.

With the constant stream of new technologies being discovered, the levels of connectivity are rising unimaginably to great levels. You might have encountered the phrase “digital is about speed.” Whenever you mention digital transformation to owners of the different organizations, what comes to their minds first about the extreme processing speed that comes with digital transformation.

Great processing performance is about how fast the computer systems operate and their efficiency. Through it, the company can achieve greater levels of transparency and eliminate the possibility of bottlenecks in the exchange of information.

In-memory computing maintains its data in the Random Access Memory. With different servers sharing the tasks, other platforms can be inserted between an application and the data layers without any rip-and-replace.

The addition of new platforms allows the computer system to use the added RAM and the new CPU processing power for the extreme processing performance of the processes being carried out. In-memory computing platforms can even have gains of about 1,000X or more.

This gives them more ability to scale to petabytes of the in-memory data. With the cost of RAM dropping drastically, the value of using in-memory computing and its efficiency to the system’s performance can be cost-effectively realized.

Transactions and analytics with HTAP

The in-memory computing supports transactions and analytics on the same data set as the HTAP, a major driving factor in digital transformation. HTAP is used to describe the ability to process transactions while carrying out real-time operations on the data set. The database of the HTAP supports both workloads in one of the databases while still providing quality speed and simplicity.

Research shows that in-memory Hybrid Transaction/ Analytical Processing is the future of most business applications. The architecture of the HTAP enables situation awareness on the live transaction and stores large volumes of data from the transaction processes. This real-time analysis of the data improves customer service in the e-commerce industry.

Unlike in the past, where data sets grew large and queries slowed down, the HTAP allows the deployment of the Online Transaction Processing (OLTP) systems for the transaction processing. Separate Online Analytical Processing (OLAP) databases are also deployed periodically to analyze complex analytical queries without affecting the transactional systems.

With the entire transactional data set in the RAM, there is a need for greater platforms that can co-locate with the data to run the applications faster and distribute the analytics. That renders the replication of the operational data set to the OLAP system useless in this case, not unless the data set is not complex- with long queries.

This increases the potential of in-memory computing to reduce the cost and complexity of the data layer architecture. The new power couple provides different businesses with a unique ability to respond effectively to the rapidly changing environment.

The in-memory computing-powered HTAP systems eliminate the need for separate databases, which simplifies the development of other activities. It also solves the issue of duplicative costs by reducing the number of technologies being used and downsizing all those elements into just one infrastructure.

Technological advancements are invoking new ways of doing things better, which has caused the rapid growth of the data and a massive drive to make real-life decisions. For these decisions to be made effectively, most companies opt to use in-memory computing-based HTAP solutions.

The fact that these fast data initiatives can be handled easily with web-scale applications and IoT programs gives in-memory computing an added advantage in digital transformation. That’s because most of the arising issues require greater levels of performance and scale that are well solved through the in-memory HTAP systems.

Modeling complex systems using a large-scale set of related data points makes it possible for in-memory computing to be used in different applications. It’s highly used in modeling weather data that helps in understanding the current events that environ a place with ease. In this case, billions of data points are captured to represent various weather measurements and carry out the necessary calculations.

In-memory computing is also used in running data-intensive simulations like Monte Carlo simulation, which deals with a series of possible events that affect the outcome. These calculations are complex and require computer systems with large RAM to be effective.