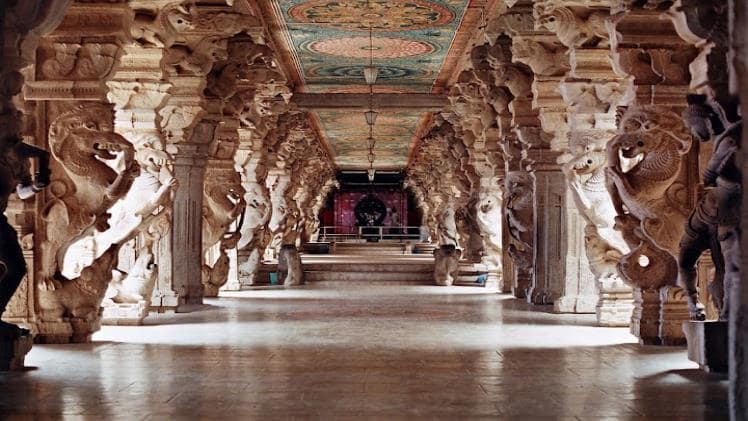 Of the many attractions that South India holds, the Meenakshi Temple is the most iconic and popular one. Located on the southern bank of the Vaigai River in Madurai, this Hindu temple is the epitome of classic architecture with murals that look breathtaking.

Aayiram Kaal Mandapam is a marvel of architecture, and it’s a must-see if you’re visiting South India. Located in Madurai, Tamil Nadu, Meenakshi Amman Temple is a UNESCO World Heritage Site that has been around since the Pandayan era in the 12th century. The Temple has a great mythological and historical significance and is a remarkable feat of ancient architecture that has space on every traveller’s bucket list! You can book a Car Rental in Madurai, and definitely check out this incredible monument!

The architecture of the Aayiram Kaal Mandapam

The Aayiram Kaal Mandapam, also known as the House of 1000 Pillars, is a marvel of architecture that is open to the public. The architecture is one of the most famous monuments in South India that is mainly known for its 1,000 pillars and brown walls and ceilings.

The 1000 pillars that make up Aayiram Kaal Mandapam are made from granite and sandstone and support an elaborately carved ceiling. The walls are covered with intricate carvings of flowers, leaves, birds and animals. The pillars themselves are beautifully decorated with figures like dancers or musicians playing instruments.

You can also find Hindu deities here, including Shiva, Vishnu and Brahma, among others. They all sit on top of the pillars or stand next to them; some even have their own individual stone seats!

Moreover, the pillars are covered with intricate carvings depicting scenes from Hindu mythology, like scenes from the Ramayana or Mahabharata. There are also some Buddhist influences on some of the sculptures. There are also many beautiful sculptures of Hindu gods and goddesses throughout the building.

The temple itself features an ornately carved central shrine dedicated to Shiva (the main god in Hinduism), along with smaller shrines for Shakti (Shiva’s wife), Vishnu, and Ganesha (the elephant god).

The temple also has numerous other pillared halls built by various kings and emperors and they serve as resting places for pilgrims and devotees. Some of the most important mandapams include Kilikoondu Mandapam, Ashta Shakthi Mandapam, and Nayaka Mandapam.

This rock-cut temple is dedicated to Vishnu and his consort Lakshmi, who is worshipped as Alagar and Thirumalai Nayagi, respectively. The temple is located on the bank of the Vaigai River and has a flight of steps that leads up to it.

This temple was built in honour of Murugan, who is also called Skanda or Kartikeya in Hinduism. It’s one of the most famous temples in Tamil Nadu because it attracts thousands of devotees every year during the festival season in April-May.

This museum has been converted into a palace museum that showcases the history of Madurai during the reigns of two kings: Thirumalai Nayakkar and his son Rama. It has a collection of paintings, sculptures, coins, and other items from the Nayak period.

The best time to visit this temple would be early in the morning. So, if you are planning to visit this stunning architectural marvel, book a taxi in Madurai and get going.

Jet Boating as the Main Source for Adrenaline

Do Must I Need NICOP Card to Visit Pakistan?