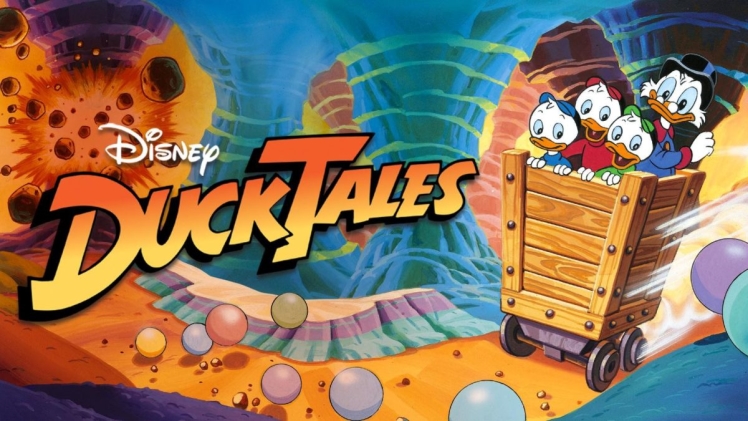 Whenever you want to go back to your childhood, watching a Disney series from the good old days is a great idea. And for that, you don’t need cable, just a subscription to Disney +. It’s full of original TV programming that aired previously on ABC and Disney channel.

Disney+ is home to not just the nostalgic shows but all new releases (shows and movies) which are not always aired on cable right away even if you have the best subscription like Charter Spectrum. We have wadded through the list of amazing shows available on this streaming service and pulled out the ones that deserve your time.

So here is the list of all the best (new and old) animated series to watch:

All fans of Disney’s Tangled need to watch Tangled: The Series to catch Rapunzel from the movie.

Rapunzel, struggling to adjust to the palace and royal life, now escapes to find true happiness. All popular characters are back to tell new stories. With each episode, hop on a new adventure. Just live the movie, this animated show is targeted at people of all ages.

Although this animated series is targeted towards younger viewers, if you are a Lion King fan, you might not mind watching the show regardless of your age.

The Lion Guard follows the story of Kion, Simba’s son, who is the leader of the Lion Guard, a team that protects the pride land. The team comprises various animals each taking pride in their abilities to keep other animals safe.

If you are a 90s kid, you must be a huge fan of Ducktales. This popular brand was renewed in 2017 featuring Scrooge McDuck and his three nephews.

Uncle Scrooge remains grumpy while his nephews are as energetic as they could be. The series is full of excitement and comedy, of course.

This animated series is a collection of mini clips featuring your favorite Pixar characters in bite-size stories. It will literally take you 20 minutes to watch all ten episodes.

You may call it a quick and light-hearted expansion of the most beloved Pixar films such as Finding Dory, Cars, Toy Story, and more.

The Clone Wars series carries on the story and fills the 3-year gap between the attack of clones as well as the revenue of Sith. Obi-Wan Kenobi and Anakin Skywalker remain the lead characters.

The story is mostly about Ashoka, a character that has grown stronger over time.

6: The New Adventures of Winnie the Pooh

Get ready to experience a hit of nostalgia by watching the adventures of Winnie the Pooh from 1988. You might have noticed the word “new” in the title. That’s because the show follows the film.

Pooh wanders aimlessly through the hundred-acre woods to take up an adventure with our favorite characters like Eeyore, Tigger, Piglet, Rabbit, and others. Christopher Robins features as a regular character as well.

Who didn’t love Isabela interrupting Phineas by saying “Hey Phineas, whatcha doing?” And boy was it a joy to see Candice failing to bust Phineas and Ferb!

The show is all about billings hatching up different schemes. While the kids keep themselves busy building something, Perry, the pet platypus continues his sideline career as a secret agent.

This show is about a bunch of misfit 4th graders struggling against the microcosm of the society presented to them in the playground.

All characters are likable except for King Bob. However, I must say the show is thematically complex for kids. The show is kind of a satire about the suppression of people by society. Everyone is broken into their clique. And in the playground, the biggest rebel is the one who remains himself.

If you liked Stranger Things, you will get similar vibes when watching Gravity Falls. Dipper and Mabel, the inseparable twins are dropped off in a remote town to spend the vacation with Uncle Stan Pines. Soon, the two start unraveling mysteries.

Join Kim Possible, Ron Stoppable, Rufus, the pet and resourceful webmaster, Wade as they set on the mission to defeat the schemes of Dr. Drakken and his sidekick Shego.